Why it’s special to me…

My whole life I was blessed to have not one, but TWO, Uncle Johns.  Uncle John Flanigan married my precious Aunt Ruby, about whom I have written numerous times.  Uncle John Bryant married my larger-than-life Aunt Martha, about whom I have also shared memories here.  Uncle John Bryant was unique in several ways, not the least of which was his birthday, February 29, 1928.  Just as Mama’s July 4 birthday and Aunt Martha’s May 5 “Cinco de Martha” birthday seemed to foreshadow their personalities and idiosyncrasies, so did Uncle John’s Leap Day birthday.  He was without a doubt one of the most fun people in our family. 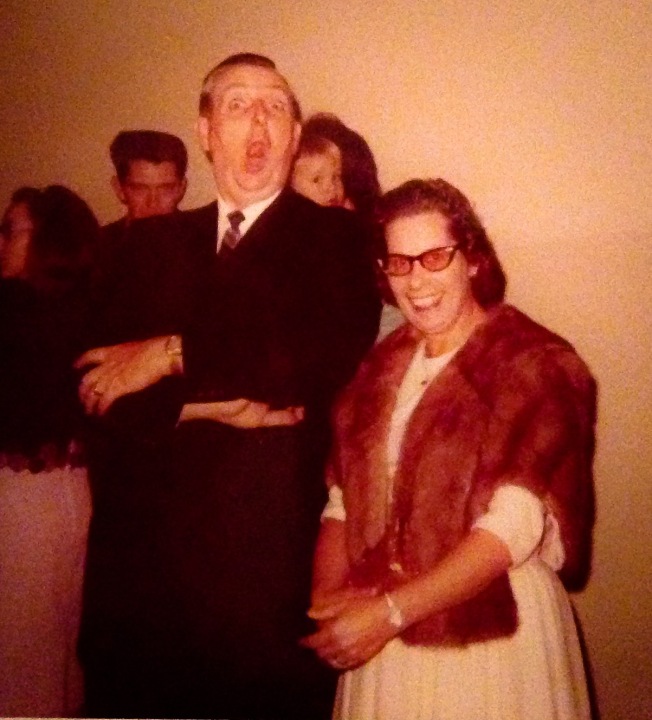 The above picture was made in 1971, with him and Aunt Martha all dressed up fancy for either an Eastern Star event or, more likely, a Lion’s Club function.  He was a longtime member/officer/President of his club in Knoxville, an organization which devotes itself to helping people with impaired vision and blindness.  One of the ties in my ugly necktie collection has a lion embroidered on it, and I think it might have been his.  The above picture also shows him the way I always think of him, goofing off and cutting up.

He and Aunt Martha were a huge influence on me as I grew up, especially in my love for dogs.  They never had human children, choosing instead to be dog parents, and the first dogs I ever remember getting to know belonged to them.  Very early in their marriage they raised a Fox Terrier named Trixie, but the only dogs I remember are Chihuahuas.  Susie was the first I remember, followed by Buffy and then Ginger.  (Chihuahuas and other small breeds have long life spans, so Aunt Martha and Uncle John’s dogs were with them for a long time, with the exception of Tina, of whom I have no pictures and Aunt Martha always swore that the vet killed.) 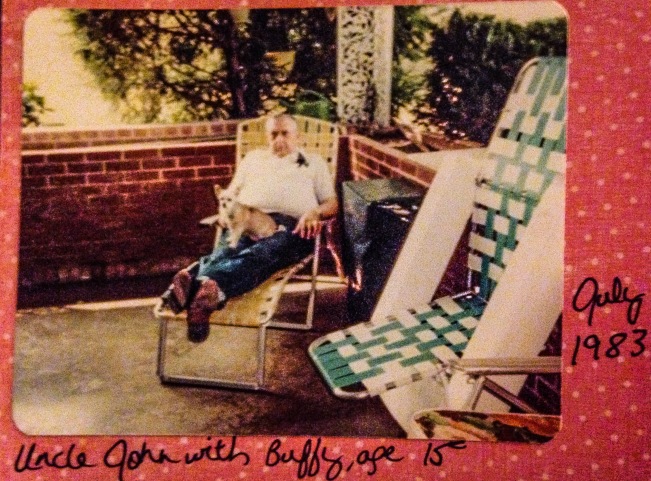 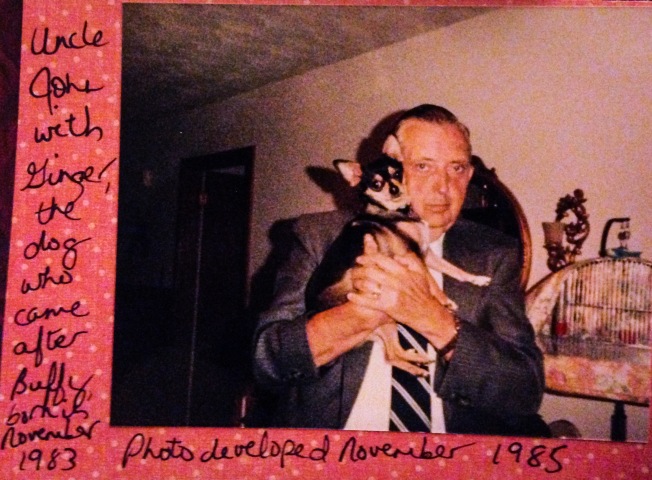 His way of showing affection was teasing.  For much of my childhood before Granny died, he and Aunt Martha would come over almost every Friday night, Susie, or later Buffy, in tow, wrapped in a little red flannel blanket (which I now own and sometimes put in Roy’s dog bed).  He was a big barrel of a man, about 6 feet, 4 inches in height and carrying all his weight around his waist.  He’d come ambling into the house laughing and saying, “What are you up to, Rastus?”  (I’m not sure where the name Rastus came from.  The only thing similar I’ve ever heard is the name Erastus in the Bible.)  His odd sense of humor became more finely honed once he went to work for the funeral home.  Those fellows developed an unusual sense of humor in response, I think, to the sadness they saw so much of the time, as well as to the frequent overnight shifts they worked.

Around Christmas every year, Aunt Martha would get her promotional funeral home calendars, share some with the kinfolks, and then mark her copy every three days for the nights Uncle John would be staying over at the mortuary on call.  Often, when his overnight fell on a Friday, I’d go and spend the night with her and the dog.  Sometimes those Friday overnights were when Mama, Aunt Ruby, “Mamaw” Allred and I would pile into the car and head up there for a late-into-the-night quilting party.  He was a bit superstitious about Friday the 13th, and when his overnights were on that date, Aunt Martha sometimes would call him and, in her best scary voice, remind him, “It’s Friday…the 13th!!!!!”

Sadly, I lost both of my Uncle Johns within about 6 months of each other.  Uncle John Bryant was semi-retired, and had gone in to work at the funeral home one chilly day in January, 1992, when he had a massive cerebral hemorrhage and was taken to Baptist Hospital, lasting for another 8 days but never to awaken.  Not long before he went into the hospital I remember telling a friend at my job how cool it was that in 1992 Uncle John would get to have another “real” birthday.  He spent that one and all the ones since in Heaven.  I spent his next to last night with him in the hospital, and he began what I now understand was the active dying stage while I was with him.  All I knew then was that the nurse said I should call Aunt Martha and have her come as soon as she could, but he held on for many hours after that.  I was not present for his death and that bothered me for a long time.  Now I know it just wasn’t meant for me to be there, and that’s OK.  I’ll see him again someday. 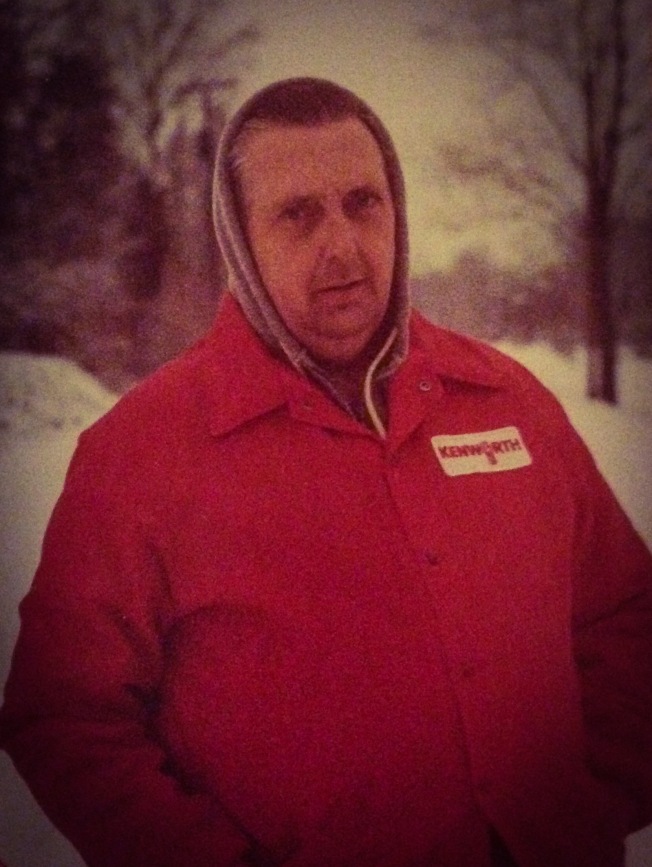