Faith formation, hospitality and being included

Last weekend I was blessed to participate in a once-in-a-lifetime event.  Through a series of music and church connections, I “wrangled” an invitation to sing in the Diocesan choir for the Dedication Mass of the Cathedral of the Most Sacred Heart of Jesus in Knoxville, Tennessee.  Ground was broken for this space 3 years ago, the Cathedral for the Diocese of Knoxville, a diocese which was established in May, 1988 by Pope John Paul II.

I am not Roman Catholic, but I think I understand the momentous nature of an occasion like this, which makes me doubly grateful for the privilege of participating.  Glenn, the director of the music, not only allowed me to sing, but welcomed me.  His welcome took me back to my childhood when I was so often welcomed by other people of the Catholic faith.

About halfway down Ford Street lived Beth Sedgwick and her daughter, Mary Lim.  These sweet ladies were devout Catholics, wonderful neighbors who welcomed me in to visit whenever I popped by after school, or earlier in the day if it was summertime, always unannounced.  Usually with a dog in tow, I’d knock on their massive front door, and Mary Lim, long ago paralyzed in a car crash, would usually roll to the door in her wheelchair and let us in, laughing as the dog jumped up to give her kisses.  I began visiting them with my brother Reed at first, then later on after he got busy and I got a little bigger, I would go and visit them on my own…except when a dog accompanied me, of course.

They would usually be sitting at their dining room table, with the newspaper, needlework, decks of cards and crossword puzzles, and there was always a place open for me.  These women taught me about praying the rosary when I asked what “those pretty beads” were, although I have long since forgotten how to do it.  There was lovely religious artwork throughout their home, and anytime I asked about a picture or a crucifix, they patiently explained its meaning to me, knowing that I and my parents were Christian, but not Roman Catholic, and there were elements in their artwork that I didn’t understand.  Mostly, though, they taught me about their faith—-and about my own—- simply by welcoming me in.

Flash forward nearly 4 decades, after our little neighborhood was replaced by the South Knoxville bridge, the Sedgwicks had long since passed away and much life had happened for the rest of us.  I found myself surrounded by the glorious space of this new Cathedral, many unfamiliar faces, and a small group of friends from both Knoxville Choral Society and Ebenezer United Methodist Church who helped make it possible for me to witness this dedication and participate in it.  Enveloped by music, warmth and the fragrance of incense, I felt Mrs. Sedgwick and Mary Lim with me, swelling with the solemn joy they would have felt to see this new space dedicated and the Diocese united in both humility and celebration.

I am not Roman Catholic…but because I sing, there was, once again, a place for me. 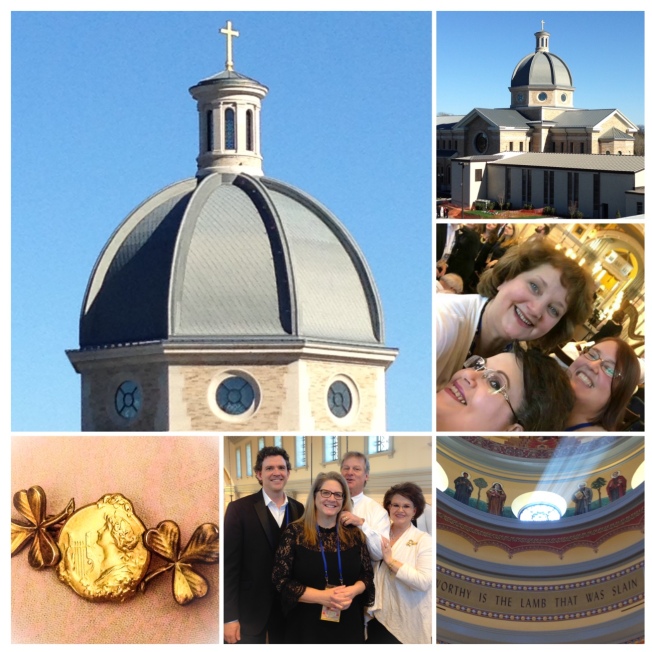 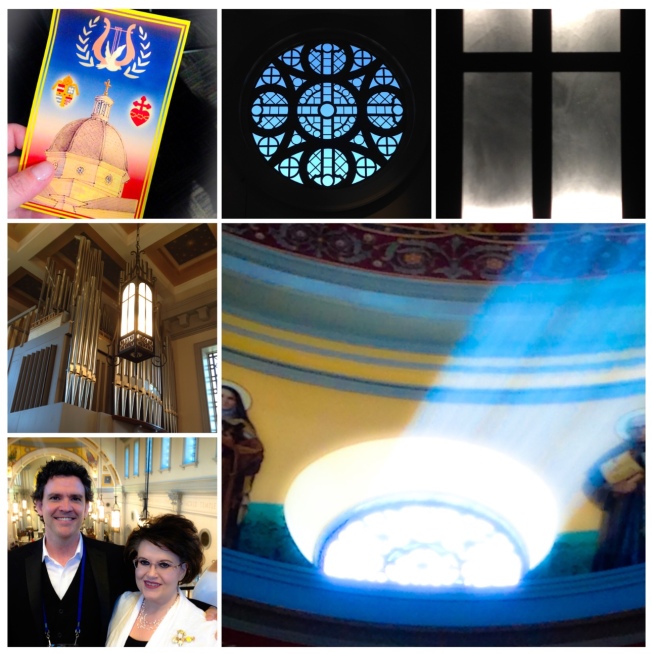