It’s not about the building…

This morning I went to church.  On my couch.  The flippant, sarcastic, class-clown side of my personality wants to call it:

The Fifth-Sunday Singing Service at The First Church of St. Social Isolation.

The trusted-Jesus-in-my-childhood side of me knows that it is, in truth:

The Church Is Not About The Building.

My childhood church had a motto that was printed on our bulletins.  It read, “Enter to Worship—Depart to Serve”.  That is ringing more true to me in these days of social distancing, self-imposed isolation, safer-at-home.  Thanks to the Interwebz, we can still participate in worship, work from home, see about our friends and family.  We can stay fairly well connected.

We can donate to causes, including the local church, that are working to provide necessary resources to our neighbors in need.  We can share music, humor, insight, and even our own original thoughts, in an effort to keep our loved ones engaged, lifted up, and encouraged in the days of COVID-19.  We can drop non-perishable necessities off onto our neighbors’ porches.  We can call, text, Zoom/FaceTime/Messenger Chat to stay connected.  I think that all of these efforts are “church”.

I completed an extended unit of Clinical Pastoral Education (CPE) in 2012.  The ages of my peer group ranged from mid-40s to late 60s.  The eldest member of our group was participating at the recommendation of a ministry of his church, a well-established, well-heeled, and well-respected faith community here in Knoxville.  Toward the end of our time together, Bob remarked that he was “seeing more church happen inside the walls of the hospital” than he had ever seen at “church”.

Which illustrates the point, once again, that it’s not about the building.

We can be the church.

We ARE the church. 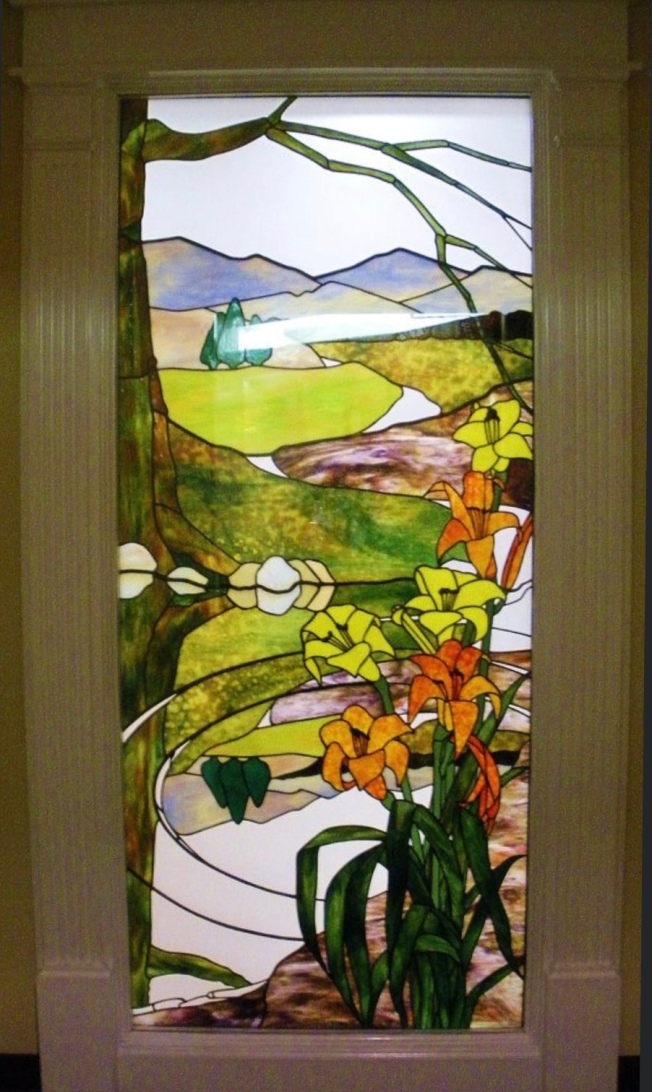 Faith formation, hospitality and being included

Last weekend I was blessed to participate in a once-in-a-lifetime event.  Through a series of music and church connections, I “wrangled” an invitation to sing in the Diocesan choir for the Dedication Mass of the Cathedral of the Most Sacred Heart of Jesus in Knoxville, Tennessee.  Ground was broken for this space 3 years ago, the Cathedral for the Diocese of Knoxville, a diocese which was established in May, 1988 by Pope John Paul II.

I am not Roman Catholic, but I think I understand the momentous nature of an occasion like this, which makes me doubly grateful for the privilege of participating.  Glenn, the director of the music, not only allowed me to sing, but welcomed me.  His welcome took me back to my childhood when I was so often welcomed by other people of the Catholic faith.

About halfway down Ford Street lived Beth Sedgwick and her daughter, Mary Lim.  These sweet ladies were devout Catholics, wonderful neighbors who welcomed me in to visit whenever I popped by after school, or earlier in the day if it was summertime, always unannounced.  Usually with a dog in tow, I’d knock on their massive front door, and Mary Lim, long ago paralyzed in a car crash, would usually roll to the door in her wheelchair and let us in, laughing as the dog jumped up to give her kisses.  I began visiting them with my brother Reed at first, then later on after he got busy and I got a little bigger, I would go and visit them on my own…except when a dog accompanied me, of course.

They would usually be sitting at their dining room table, with the newspaper, needlework, decks of cards and crossword puzzles, and there was always a place open for me.  These women taught me about praying the rosary when I asked what “those pretty beads” were, although I have long since forgotten how to do it.  There was lovely religious artwork throughout their home, and anytime I asked about a picture or a crucifix, they patiently explained its meaning to me, knowing that I and my parents were Christian, but not Roman Catholic, and there were elements in their artwork that I didn’t understand.  Mostly, though, they taught me about their faith—-and about my own—- simply by welcoming me in.

Flash forward nearly 4 decades, after our little neighborhood was replaced by the South Knoxville bridge, the Sedgwicks had long since passed away and much life had happened for the rest of us.  I found myself surrounded by the glorious space of this new Cathedral, many unfamiliar faces, and a small group of friends from both Knoxville Choral Society and Ebenezer United Methodist Church who helped make it possible for me to witness this dedication and participate in it.  Enveloped by music, warmth and the fragrance of incense, I felt Mrs. Sedgwick and Mary Lim with me, swelling with the solemn joy they would have felt to see this new space dedicated and the Diocese united in both humility and celebration.

I am not Roman Catholic…but because I sing, there was, once again, a place for me.

Our church family has suffered a great blow with the death of our beloved friend and brother, Ray.  After a devastating motorcycle crash 4 weeks ago, he finally succumbed to the many injuries he sustained.  The light among us has been dimmed with his passing.

I admit that I didn’t know Ray very well, but I found him to be a big, bright (and sometimes loud!) presence, always multitasking, skidding into church at the last minute.  On any given Sunday he could be found singing in the choir (both services), serving as communion assistant or crucifer, lector or acolyte, or any combination of those tasks.  He also rang in the handbell choir.  His absence has been felt acutely in each of those roles, and filling his shoes will be no easy task.

He was a huge University of Tennessee sports fan, usually wearing UT apparel to church.  The man’s wardrobe was saturated in Vol orange.  He loved river sports and had a group of motorcycle riding friends (who were with him the day he crashed, summoning help immediately for their friend and brother).  He also served with the East Tennessee Veterans Honor Guard, having retired from military service.  It seemed to me that everything Ray did, he did wholeheartedly, full-force.  He lived his life out loud, shining a beacon of light into his world.

What I will remember most, I think, is his voice.  He had a booming bass voice, and he LOVED to sing.  Occasionally for the sake of balance, he would be asked to “tone it down a little”.  His whole face lit up when he sang, and that light radiated to everyone around him.  Sometimes he would close his eyes as he sang, communing intimately with God through the music.  I’d love to be able to sing to the Lord with such abandon.  And when he served as lector, his reading of the day’s Bible passage was always authoritative, glowing with expression and inflection.

His last Sunday with us, he sang in the choir and served as lector for both services.  I’m grateful to have that memory of him, using that booming voice of his to proclaim the word of God in song and Scripture.  It will echo in my ears and heart for the rest of my life.  I am also grateful that his struggle is over, even though, for those of us left behind, our path of grief of just beginning.  But it is not a totally dark path, as even his name, Ray, casts light upon it.

Blessed Jesus, Lord God, grant them rest, and light perpetual shine upon them.

Last Wednesday, January 20, 2016, Knoxville experienced the first real snow of the season.  The prospect of snowfall still brings excitement to the childlike part of me.  The white blanket that shrouds everything, the quiet, the glory of winter’s beauty fills my heart with wonder.

As an adult, however, my excitement is tempered by the fact that, snow or not, I still have to get to work.  Most of us do.  It is a reality I have dealt with for a long time working in the media.  Our world doesn’t stop for snow or for anything else.

I have also long prided myself on being a careful, and fairly competent, snow driver, preaching the principles of safe speeds, proper following distances and plenty of extra time to get where we need to go.  I still believe in all those principles.  Being careful is just common sense.

But despite my best efforts, last Wednesday, I wrecked my beloved DivaMobile anyway.

It seemed to happen both in accelerated time and in slow motion, all at once.  I was driving through downtown. The interstate did not look like it had been treated with either sand or brine, and lane lines were not clearly visible.  A small pickup truck veered in front of me, too close for my comfort, and in trying to avoid crashing into it, I applied my brakes, slid, spun several times and crashed into a guardrail.  I came to rest on an interstate on-ramp facing the wrong direction.  Had the guardrail not been there to stop me, I would have most likely gone down an embankment and landed on 5th Avenue.

I am OK, physically.  A few scratches, bumps and bruises, but I’m OK.  And by some miracle, in all this madness, no other vehicles were involved.  I didn’t hit anybody, and nobody hit me, and I never lost consciousness.  After I realized what had actually happened, I found my phone, called 911, then called work and Jeff to tell them I’d had an accident.

Here’s the thing.  Seeing the damage that happened to my car, I realized once more just how fragile life is, how quickly an event can change everything.  I took the day of the wreck and the day after off from work, and on Friday I returned.  In more snow.  And yes, I drove myself, although I had to drive the SweetPeaMobile.  Was I scared?  Absolutely.  Will I be scared for a while?  Most likely.  But for all the fragility of life and how scary things can be, I can’t let fear keep me from doing what I need to do.  I’ll just have to do it afraid for a while, praying and trusting God to protect me and those I love, being as safe as I know how to be and getting on with the business of living and working, finding a new car to try to replace my beloved DivaMobile and looking forward to feeling, eventually, a little less Fragile.